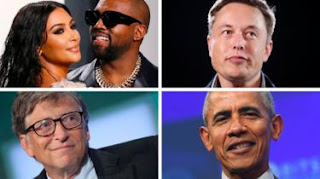 Prominent billionares and celebrities Twitter accounts have been Hacked. But the attack was on Twitter and not the individuals.

“We have partnered with Cryptoforhealth and are giving back 5000 BTC to the community”.

The scam Website used, Cryptoforhealth quickly went offline as the CEO of the domain registrar, Kristaps Ronka told TechCrunch that the domain has been suspended.

This is the latest news currently making waves now.

This is called the bitcoin giveaway scam as all of the hacked accounts tweeted about a giveaway. Even Jeff Bezos’s own read,

“I have decided to give back to my community. All bitcoin sent to my address below will be sent back doubled. I am only doing a maximum of $50,000,000. bc1qxy2kgdygjrsqtzq2n0yrf2493p83kkfjhx0wlh Enjoy.”

This brings a big question to Twitter security, How did this Happen?

Malwaretech tweeted in regards to this,

“Hearing alot of unconfirmed rumors a Twitter user employee with access to the user management panel was hacked.”

“Tough day for us at Twitter. We all feel trible this happened. We’re diagnosing and will share everything we can when we have a more complete understanding of exactly what happened.”

What do you make of this bitcoin giveaway scam. Please tell us in the comments below