Are you a front end developer or back end developer? This is what you should have the answer to as you begin your career in programming. 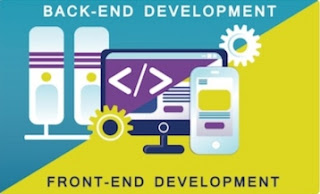 In this article, we will look at:

What is Front End Development? 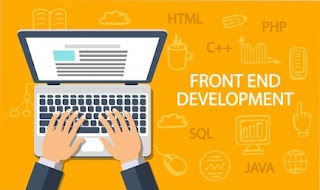 When you open a website on the internet, you are greeted with a fast loading page. Then your eyes meet attractive, visually impressive and retina ready site. Then you scroll through and sliders slide past showing you some eye catching content. You click, and then a pop up comes up telling to subscribe in order to get latest content delivered straight to you. This is simply the work of a web developer. But, the impressive visuals you see are actually the work of a kind of web developer called the front end developer.

This is the very build of a website. It is the foundation on which your website is built, just like a house. The latest version of it is the HTML5, but you should start with HTML before moving to HTML5. The HTML consists of header <head><head/>, body <body><body/> and footer. These are your website’s main structure.

This the styling manager of website. CSS codes are responsible for things such as text colour, background colour, slider, layout, font and so on. CSS describes how HTML elements are displayed on a screen.

Simply JavaScript, it is a multitasking language that can also be used for server side coding.

Another aspect of front end development is the UI/UX design. This is the coding that is responsible for responsiveness and interaction of a website. A UI designer knows CSS and HTML as he uses it in visual designing.
A UX designer studies the website to know how users interact with and use the site.

Job titles for a front end developer include:

The salary of a front end developer ranges from $50k to $100k, and can get higher depending on experience and skills. 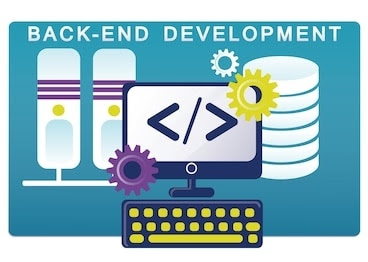 Back End Development refers to the server side programming which is focused on how the site works. You can say that backend development deals with maintenance of a website, application or software. Back end developers monitor the website functionality to ensure smooth running, speed, makes updates and changes on the website.

So whenever you hear of website maintenance, then you know there’s a backend developer doing the job.
Back End Development usually involves three parts– a server, an application and a database. The programming of a backend developer is what communicates database information to the browser.

The languages you need to learn and know as a back end developer include:

Mostly known as .NET framework, it is a software development programming language developed by Microsoft.

The most popular high level object oriented programming language used for creating applications and games. Apps created with Java are mostly desktop apps as the java coding enables app scripts to be run on computers.

Ruby according to Wikipedia is an interpreted, general purpose, high level language with a focus on simplicity and productivity.

The salary of a backend developer ranges from $60k to $140k. They are paid higher because they do more complex work that involves server and database because if they don’t do updates or monitor a website, the website may crash due to server overload.

Front End And Back End In Web Development

Having known the fundamentals of Front End and Back End Development, what they are, what their various developers do. Now you will know the major differences between them and know what exactly they mean in web development.

Front End Development is used mainly for creating static sites. These are one page sites where all information is displayed on the home page.

Back End Development is used to create dynamic websites. These are websites with many pages and content (text and image)

A Developer who does both front end and backend is a full stack developer.